Here we are again. At my headspace. Blogging my heart out.

I usually don’t like blogging, because… it tends to lead to these self-loathing whining about my problems. That’s the only time I feel like blogging, when I have something to complain about, or in this case, something to get off my chest. Every few years, I would start a new blog again outta some desire to write about all the baggage. And whining is just so annoying to people, and annoying people makes me feel bad, and that makes me feel like whining about feeling bad even more. It’s a vicious circle.

But that’s why I’m here today, talking about my social ineptness and my tendency to annoy people.

I try not to talk to people about my problems. I know a lot of people on Discord likes to share their problems with each other like they’re best friend or something, but I’m afraid to whine about how my anxiety cripples me every single day when I try to talk to people, how I feel insecure being around “friends”, and last but not least, how I play a role everyday.

You know that role. A father. A boyfriend. A brother. A good friend. Many people plays such a role everyday. Some don’t, and are confident enough to be themselves and feel comfortable with that. The rest of us, we put on a smile like it’s our Sunday best, just going out there and act like your day’s going okay, like you’re not having paranoid delusions about your friends finding you to be something nasty they need to scrape off the bottom of their shoe. God, it must be so great to feel normal. 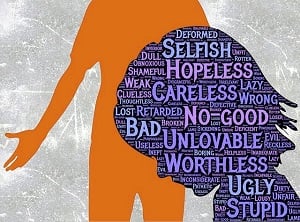 I lost a friend a few days ago. Not that kind of loss, don’t worry. I lost her over some stupid argument… something which you’ll learn happens a lot in my life if you ever ask one of my childhood friends who have known me since I was a teenager. I run away from friendships turned sour. I’ve been running for a long time, because I just don’t know how to deal with that. Like, even if I’ve gained her forgiveness, the bad impression’s already there, and she will forever have this impression of me being that kind of person who can say the wrong stuff at the heat of the moment. I already have enough problems trusting normal friends to not think I’m some kind of psycho, so to try and be around someone who has witnessed the kind of person I can become? It’s too fucking hard. Easier to just run away and make new friends and start all over. Or just be alone.

‘Tis always been easier to be alone. I remember hiding in the toilet during secondary school before morning assembly because I was too anxious to be around people who might either make fun of me or give me these… judging looks. Whether they were actually judging or not is another matter, but… my head goes places around people. Insecurity. Paranoia. That social fear, always haunting me, every damn day. Thought I would outgrow it someday after getting used to talking to people, but nope. I’m still here, 29 and pathetic. And keeping my feelings buried with the help of various means of escapism helped a lot too in getting through each day. Helps me not to have my head stuck in these dark places. Anime, video games, and excessive drinking. Pepsi Max, not alcohol. Still bad for my health though, so it still works as a milder form of self-destructive outlet.

Therapy? Yeah, I’ve tried that for two long years. Didn’t help. Expensive too, costing $37.50 per session – and that’s with the help of government subsidies. Might try pills soon. I’m getting tired of just feeling this way. Might just dump a bottle of xanax or whatever they call it these days and shut my brain up.

But honestly, solitude does help more often than not. Lets me get some privacy for a while, recuperate from all the effort I’ve put in to schmooze with my friends and make them think I’m actually somebody worth talking to. Just have my own company for a while and not feel so alone in a crowd of everybody else having fun with each other. Sleep helps too, sleeping away those stupid thoughts.

But the question I keep coming back to is… “Why does it matter so much to me what everyone else thinks of me? Why does the validation of a friend, practically a stranger, have so much weight over my heart?”

I’ve got no answer.